It has been an incredibly long summer of touring for me, having left my house on June 15th and effectively returning to it on September 10th. To be fair, I had a few stays of a day or two as well as one stay of two weeks a little over half-way through, but that was really only long enough to take care of summer maintenance and book travel and lodging for my trek up and down the Mississippi. There are a million and one thoughts I have had along the way. I have fallen in love with so many places and people and things; I feel like I could write a dozen posts from this tour. I may; that is, in part, what this blog is for, after all.

Today, though, as I bring this summer exodus to a close, writing the underpinnings of this post from the Iowa 80 truck stop lest my thoughts flit away on my long drive home, I find that I want to talk about a tree more than anything. We’ll get to that, but give me a moment.

One of my favorite things about touring by bus is the long, slow expanses of land languidly sliding past. There’s a romance to it, to being entombed in this vessel gliding through a world that is ageless. Sometimes, it is nothing short of terrifying such as the night I spent the witching hours in a chill, inky darkness with no sound but the constant pelting of a furious rain and no light save the harrowingly frequent and disturbingly silent lightning strikes – until those moments a peal of thunder wracked my very soul. Other times, like the ride to New Orleans, it’s akin to a Lovecraftian intro: strange, foreign landscapes stretch into the distance, unknown trees reminiscent of foreign mangroves, and water one imagines as brackish as can be. It’s the sort of landscape that inspires wonder during the daytime and may just as well enliven horrors at night.

And then there are the landscapes in Iowa. I don’t remember east-central Iowa being so hilly, and in its way it reminds me of New Zealand but with cattle for sheep. It seems silly of course that, though I’ve never lived there, Iowa seems as home as anywhere else, in much the opposite way that for all the years I have lived about Detroit and no matter how appropriate, it always feels awkward to call it home. Of course, Iowa is not my home and Detroit, by default anyway, is. But there are roots in both of these places. No matter where I eventually find myself, I will have roots in Detroit; so to, due to all the years I spent traveling back to my parents’ homelands in Iowa, will I have roots here. For all my escapism, I will never escape these lands. I have driven east through the night and at sunrise found myself blinded by the rising sun, embattled in traffic, and worn with fatigue. Before that, though, the dawn glowed on mists hanging low in Michigan’s wooded glens, and I realized just how thoroughly the spirit of this place will haunt me.

Sometimes I wonder how I got here. To this place in my life. To this place on earth. There are few easy answers, but I can at least answer shortly that I was in Iowa on a fetch quest. My aunt had gone back to her grandfather’s birthplace and procured a bud from an apple tree that still stands outside where his home once stood. This spring, she grafted that bud onto some rootstock as a gift to me. My mother’s father’s father had brought that apple tree from who knows where, but his recent ancestors had brought his lineage from Norway. There’s a spiritual continuance in this as much as there is a genealogical one. My great grandfather, to his son, to my aunt, and, eventually, a fresh graft to me. Having little experience with trees and terrified of not giving this gift the life it deserved, I asked my aunt for some advice. Among her sagacious words was the imploration against fertilizing it. “If you do,” she warned, “the roots will be too comfortable. The won’t reach out of the soil they came with into the soil of your home. They will stay where they are and struggle to grow outside of that.”

My touring started some time ago as a coping mechanism, a running away from home as much as Detroit is and isn’t that. These recent tours, to be certain, have been much less running. In the past three months I have visited nineteen different cities that I can recall. Of those, fourteen have been new or practically so. No longer fleeing my past, I still find myself seemingly always scouting a place that can replace Detroit. By some strange circumstance, I seem to have found two such lands this summer. In both New Orleans and Montréal, I found myself instantly at home as I’ve felt nowhere but Detroit. As much as a city can have a soul, I knew the souls of those two. They led me down the right streets, to the right people, and unequivocally in the right directions. Maybe it’s the way the French settled their cities. Maybe it’s the way they’re gridded. Maybe it’s a deep, underlying psyche of an entire metropolis. I don’t know, but I know they were as at least as much home as anywhere has been in years.

New Orleans and Montréal were incredibly different experiences. New Orleans was experienced entirely on my own, a traveler exploring lands new to her. I fell in love with so many things there – oysters, a batture, the Marginy, every espresso shop, pervasive music – and I could exist inside of that love for ages. More than one local described NOLA to me in familiar terms before knowing my hailings, one going so far to say, “If not for the tourism, New Orleans would be Detroit.” As much as I can love a place I just met, I love that city.

Montréal on the other hand was a non-stop foray into the lives of instant friends. Dillan Wolfe took me into her arms in the way that only a prescient gardener can, knowing just where to guide my branches that I might find more of my kind. Among them was Lorence Vennes, who is akin to fresh sunlight, encouraging my growth and prodding me toward greater things. And, of course, my recent tour partner Delilah Sansregret whom I could swear was borne of the same ancestor grafted in another time and another place and thusly carrying everything I think of as home within her. As much as I can love people I just met, I love these women.

I wonder if my youth, my saplinghood as it were, found me spending entirely too many years confined to a tiny world much as my new tree is confined to its bucket, always peering out into the world but unable to interact with it. A patient of the late Oliver Sacks once said “This stupid body is a prison with windows but no doors,” and I find deep resonance between that statement and much of my life. Now, though, that I have sloughed that confinement, I wonder if for too many years I was given too fertile of soil. If I was made to feel too comfortable and became too unwilling to break out of all things that made up the places where I was. My hope and my feeling is now that I have found such exquisite comfort in these two new cities and with these enchanting people, that I might finally be able to stretch my branches the way my core has always necessitated.

I think, too, about the continuum we exist in, and I’m reminded of these threads running through everything. As I glide along I-94 back towards home, I simultaneously am preparing to officiate a wedding much as my father and his father did countless times before me. I bring a tree with me and with it my mother’s ancestry. There could be no more perfect moment for these things to culminate in my life, and I’m left to wonder where this thread goes next. How high will I grow? What sort of fruit will I bear? Who will be grafted from me?

What shadow will I cast? 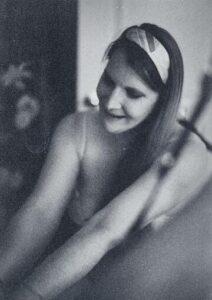 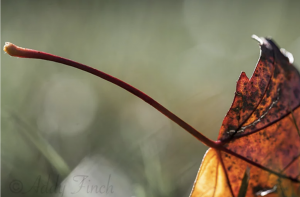 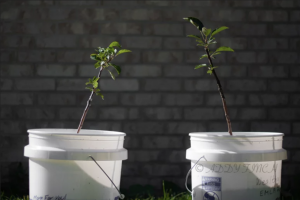